An Allusion to Rupert Brooke in Tolkien? 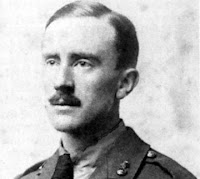 In addressing the assumptions of some readers that The Lord of the Rings was about World War II, Tolkien reminds us that he had been in World War I (FR xxiv, emphasis added):


One has indeed personally to come under the shadow of war to feel fully its oppression; but as the years go by it seems now often forgotten that to be caught in youth by 1914 was no less hideous an experience than to be involved in 1939 and the following years. By 1918 all but one of my close friends were dead.


In John Garth's Mythgard class on Tolkien and the Great War today we were reading Rupert Brooke's 1914 sonnet Peace and a phrase leaped out at me (emphasis added): 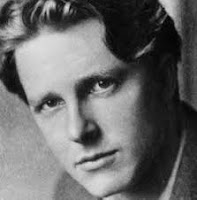 Now, God be thanked Who has matched us with His hour,
And caught our youth, and wakened us from sleeping,
With hand made sure, clear eye, and sharpened power,
To turn, as swimmers into cleanness leaping,
Glad from a world grown old and cold and weary,
Leave the sick hearts that honour could not move,
And half-men, and their dirty songs and dreary,
And all the little emptiness of love!

Oh! we, who have known shame, we have found release there,
Where there's no ill, no grief, but sleep has mending,
Naught broken save this body, lost but breath;
Nothing to shake the laughing heart's long peace there
But only agony, and that has ending;
And the worst friend and enemy is but Death.

Even if the striking similarity of phrase is accidental -- which I don't believe for a moment, given Brooke's fame early and late as the poster boy of World War I poets -- Tolkien and Brooke take the idea of youth being caught in such different directions that I think I will have to give these passages further thought.  But not tonight.  Tonight I just want to revel in the pleasure of having heard the echo.
Posted by tom hillman at 11:31 PM No comments:

One of my many peculiarities is being fascinated by things that go on in the background.  When watching a film, I look at what is going on behind the main characters.  I look at the shops and street signs, or if the scene is indoors I try to make out the titles of any books I might see. When reading, I check into historical events and characters mentioned by the author, I look up books and poems that are cited or quoted.  And I check dates given against the days of the week on which the author claims they fall.

So, recently I was looking at The Notion Club Papers in Sauron Defeated, the ninth volume of The History of Middle-earth series, and found the following days and dates listed for meetings of The Notion Club. I give them below as written in the text, only adding citations. 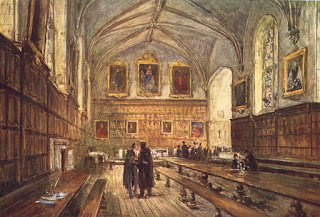 It's Thursday nights, I imagine, because that's when the Inklings met in Lewis's rooms in Magdalen. But I noticed a curious fact when I pulled up calendars for 1986 and 1987. The dates don't correspond with the days.  The dates given for nights 60 through 70 are actually all Fridays, and, what is even stranger, the date for night 54 is a Sunday.

I checked Christopher Tolkien's notes, but he seems not to have noticed the discrepancy. Fortunately, we can explain almost all of the error by changing 1987 to 1986, when the days and dates for nights 60-70 match perfectly.

So did Tolkien simply miscalculate?  Perhaps.  Probably even. Yet this would be surprising since he was so meticulous about chronology, dates, and moons, in The Lord of the Rings, and he wrote The Notion Club Papers in 1945, precisely when he was most involved with trying to synchronize the multiple narrative streams of the divided fellowship.  There is also the irony of getting the dates wrong in a story about time-travel, which makes me wonder if the whole error is actually an exceptionally obscure and entirely donnish joke. I like to think so, but I doubt we could ever be sure.
Posted by tom hillman at 5:50 PM No comments: 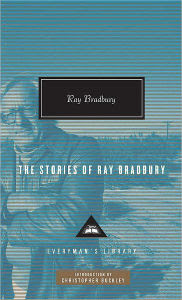 "You realize you are alone. You and your mother. Her hand trembles.

"Your belief in your private world is shattered. You fell Mother tremble. Why? Is she, too, doubtful? But she is bigger, stronger, more intelligent than yourself, isn't she? Does she, too, feel that intangible menace, that groping out of darkness, that crouching malignancy down below [in the ravine]? Is there, then, no strength in growing up? No solace in being an adult? no sanctuary in life? no flesh citadel strong enough to withstand the scrabbling assault of midnights? Doubts flush you. Ice cream lives again in your throat, stomach, spine, and limbs; you are instantly cold as a wind out of December-gone.

"You realize that all men are like this. That each person is to himself one alone. One oneness, a unit in society, but always afraid. Like here, standing. If you should scream, if you should holler for help, would it matter?"


I love the way Bradbury, having expanded the child's consciousness beyond any thought or fear he has ever before conceived, reduces him down to a little kid again, subverting even ice cream into a metaphor for terror. And then binds him in helpless silence -- "if you should" implies "but you likely won't."
Posted by tom hillman at 10:05 PM No comments:


As the Fellowship is about to depart Rivendell, Elrond offers them these final words:

'... no oath or bond is laid on you to go further than you will. For you do not yet know the strength of your hearts, and you cannot foresee what each may meet upon the road.'

'Faithless is he that says farewell when the road darkens,' said Gimli.

'Maybe,' said Elrond, 'but let him not vow to walk in the dark, who has not seen the nightfall.'

Few among the living in Middle-earth would have known this truth as well as Elrond. For he had been raised by Maedhros and Maglor (Silmarillion 246-247; HoME IV 150, 153, 162, 309), the last surviving sons of Fëanor, who were driven to heartbreak, murder, and their own destruction by the oath they had sworn to regain the Silmarils at any cost:

Then Eönwë as herald of the Elder King summoned the Elves of Beleriand to depart from Middle-earth. But Maedhros and Maglor would not hearken, and they prepared, though now with weariness and loathing, to attempt in despair the fulfilment of their oath; for they would have given battle for the Silmarils, were they withheld, even against the victorious host of Valinor, even though they stood alone against all the world. And they sent a message therefore to Eönwë, bidding him yield up now those jewels which of old Fëanor their father made and Morgoth stole from him.

But Eönwë answered that the right to the work of their father, which the sons of Fëanor formerly possessed, had now perished, because of their many and merciless deeds, being blinded by their oath, and most of all because of their slaying of Dior and the assault upon the Havens. The light of the Silmarils should go now into the West, whence it came in the beginning; and to Valinor must Maedhros and Maglor return, and there abide the judgement of the Valar, by whose decree alone would Eönwë yield the jewels from his charge. Then Maglor desired indeed to submit, for his heart was sorrowful, and he said: The oath says not that we may not bide our time, and it may be that in Valinor all shall be forgiven and forgot, and we shall come into our own in peace.

But Maedhros answered that if they returned to Aman but the favour of the Valar were withheld from them, then their oath would still remain, but its fulfilment be beyond all hope; and he said: 'Who can tell to what dreadful doom we shall come, if we disobey the Powers in their own land, or purpose ever to bring war again into their holy realm?'

Yet Maglor still held back, saying: 'If Manwë and Varda themselves deny the fulfilment of an oath to which we named them in witness, is it not made void?'

And Maedhros answered: 'But how shall our voices reach to Ilúvatar beyond the Circles of the World? And by Ilúvatar we swore in our madness, and called the Everlasting Darkness upon us, if we kept not our word. Who shall release us?'

'If none can release us,' said Maglor, 'then indeed the Everlasting Darkness shall be our lot, whether we keep our oath or break it; but less evil shall we do in the breaking.'

Yet he yielded at last to the will of Maedhros, and they took counsel together how they should lay hands on the Silmarils. And they disguised themselves, and came in the night to the camp of Eönwë, and crept into the place where the Silmarils were guarded; and they slew the guards, and laid hands on the jewels. Then all the camp was raised against them, and they prepared to die, defending themselves until the last. But Eönwë would not permit the slaying of the sons of Fëanor; and departing unfought they fled far away. Each of them took to himself a Silmaril, for they said: 'Since one is lost to us, and but two remain, and we two alone of our brothers, so is it plain that fate would have us share the heirlooms of our father.'

But the jewel burned the hand of Maedhros in pain unbearable; and he perceived that it was as Eönwë had said, and that his right thereto had become void, and that the oath was vain. And being in anguish and despair he cast himself into a gaping chasm filled with fire, and so ended; and the Silmaril that he bore was taken into the bosom of the Earth.

And it is told of Maglor that he could not endure the pain with which the Silmaril tormented him; and he cast it at last into the Sea, and thereafter he wandered ever upon the shores, singing in pain and regret beside the waves. For Maglor was mighty among the singers of old, named only after Daeron of Doriath; but he came never back among the people of the Elves. And thus it came to pass that the Silmarils found their long homes: one in the airs of heaven, and one in the fires of the heart of the world, and one in the deep waters.

Elrond thus appears not to be merely trading proverbial barbs with Gimli, but alluding to personal knowledge of the destructive power oaths can wield.
Posted by tom hillman at 5:48 AM No comments: