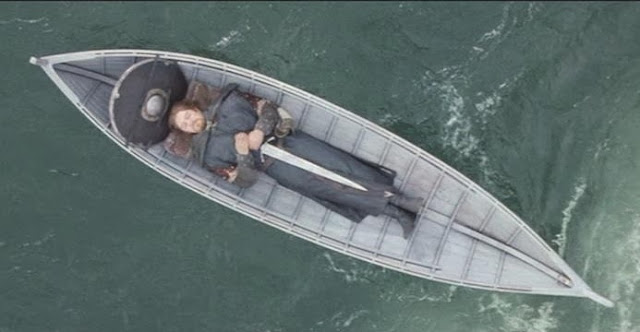 'Comfort yourself!' said Gandalf. 'In no case would Boromir have brought it to you. He is dead, and died well; may he sleep in peace! Yet you deceive yourself. He would have stretched out his hand to this thing, and taking it he would have fallen. He would have kept it for his own, and when he returned you would not have known your son.'

To judge by Gandalf's contrary to fact conditional statements, about what would have happened (but did not) if Boromir had taken the Ring (which he did not), Gandalf does not believe that Boromir fell by attempting to seize the Ring, but was redeemed by his immediate recovery and self-sacrifice. However close he may have come to a fall, taking the Ring is clearly the critical step in that descent.

None of which is to claim that it wasn't all a very near run thing for poor Boromir.