Review: Beside the Ocean of Time

Beside the Ocean of Time by George Mackay Brown
My rating: 5 of 5 stars

I just read this book for the second time. The first time through I had enjoyed its air of another world, its characters, and its wry and lyrical prose. The memory of that stuck with me, and kept calling me back to read the book again, as if it were my childhood memory of a former life. It was even better than I remember it.

'altogether precious' -- on the beauty of the One Ring 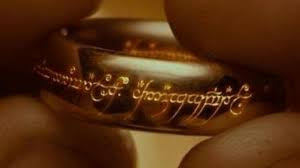 The gold looked very fair and pure, and Frodo thought how rich and beautiful was its colour, how perfect was its roundness. It was an admirable thing and altogether precious.

A comment by a friend, Kate Neville, on my last post got me thinking. She noted that pure gold was too soft to hold a shape, and that other substances -- in other words, impurities -- must be introduced to make it durable. She also noted that Tolkien clearly knew something about the properties of gold, since he knew the fire of a simple hearth could not melt it. Then Kate asked a marvelous question about the One Ring: 'Was the essence of Sauron the impurity added? And what does that say about the apparently intrinsic beauty of the Ring... Its "precious"-ness?'


When Sauron's body was destroyed in the drowning of Númenor, 'he was robbed now of that shape in which he had wrought so great an evil, so that he could never again appear fair to the eyes of Men' (S 280-81). We can see something similar in Morgoth after his duel with Fingolfin: 'Morgoth went ever halt of one foot after that day, and the pain of his wounds could not be healed; and in his face was the scar that Thorondor made' (S 154). What's intriguing here is that both Morgoth and Sauron have transferred much of their native power out of themselves as a means to exercise dominion, the one into the substance of the world itself, the other into the Ring (Morgoth 399-401). For Sauron at least this transfer seems permanent, since the 'strength and will' (S 287) he had put into the Ring did not return to him when the Ring was destroyed.

Now one might object that while Tolkien seems to have some knowledge of the properties of gold, his knowledge might not go very far. I have heard it said that throwing the Ring into a volcano wouldn't have melted the Ring any more than a hearth would. From what I can see, however, this is not so at all times. Lava can range from 700 to 1,200 ℃ (1,300 to 2,200 ℉), and the melting point of gold is 1,064 ℃ (1,948 ℉). Magma can be even hotter, up to 1,600 ℃ (2,912 ℉). Given that the Sammath Naur is inside Mt Doom, we might well surmise that we are talking about the upper end of the temperature range.

Another objection would be that the Ring changes size and weight. Bilbo wrote to Frodo and told him as much (FR 1.ii.47): 'it did not seem always of the same size or weight; it shrank or expanded in an odd way, and might suddenly slip off a finger where it had been tight.’ Frodo's experience is somewhat different. When Bombadil returns the Ring to him (FR 1.vii.133), '[i]t was the same Ring, or looked the same and weighed the same: for that Ring had always seemed to Frodo to weigh strangely heavy in the hand.' In Moria, 'at whiles it seemed a heavy weight' (FR 2.iv.312).

Note here the uncertainty introduced by 'seem' in each case, and contrast it with the following statement in Book 4: 'In fact with every step towards the gates of Mordor Frodo felt the Ring on its chain about his neck grow more burdensome. He was now beginning to feel it as an actual weight dragging him earthwards' (TT 4.ii.630, italics mine). This suggests the subjectivity of the perception of the Ring's weight. We may also compare the experience of Sam. He feels the 'weight' of the Ring the instant he puts it on (TT 4.x.733; RK 6.i.898). But, when he picks up Frodo on Mt Doom, 'to his amazement he felt the burden light. He had feared that he would have barely strength to lift his master alone, and beyond that he had expected to share in the dreadful dragging weight of the accursed Ring. But it was not so' (RK 6.iii.941). At the very least examination of these passages calls into question the notion that the actual weight (or size for that matter) of the Ring changes. What seems far more likely is that the Ringbearer's perception changes.

Be that as it may, the One Ring is also a magic ring, imbued with vast power drawn from within himself by a being of angelic stature in his origins. Whatever the exact properties of the gold in the Ring, the infusion of Sauron's 'strength and will' changed it as much as it changed him. But is it not passing strange that this transfer seems to have left Sauron bereft of the ability to regenerate (to borrow a phrase) into a fair form while at the same time conferring a perfect beauty upon the Ring? If this is correct, if Tolkien actually meant this connection, we may see Sauron paying a terrible price for the power to dominate all others: all that remained in him that was fair and fine. The rest was darkness.

The Purposed Domination of the Author 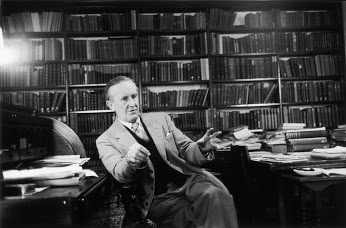 Allegory, Tolkien said, 'resides ... in the purposed domination of the author' (FR xxiv). I don't know why I never saw until the other day that this description so closely matches what he says about the Ring, but lately I've been working on a book about the Ring inter alia. So perhaps that allowed me to see this phrase differently.  We need think only of the incantation contained in the Ring verse and inscribed on the Ring itself (FR 1.ii.50); of Elrond's words to Glóin that 'those who made [the Elven rings] did not desire strength or domination' (FR 2.ii.268); or of Galadriel's warning to Frodo that to use the One Ring '[he] would need ... to train [his] will to the domination of the wills of others' (FR 2.vii.366).


I could be mischievous and suggest that the Ring is an allegory of Allegory, but that would be too meta. It would also be wrong. But I guess he wasn't kidding when he said he expressed his dislike for allegory. So were all stories in Mordor allegories?
Posted by tom hillman at 7:58 PM 6 comments: Links to this post

Email ThisBlogThis!Share to TwitterShare to FacebookShare to Pinterest
Labels: J. R. R. Tolkien, The Lord of the Rings

'I could not take it from [Bilbo] without doing greater harm; and I had no right to do so anyway. '


'And I could not “make” you – except by force, which would break your mind.'

So says Gandalf to Frodo in The Shadow of the Past about the consequences of taking the Ring by force. Presumably Gandalf reckons 'breaking the mind' of Bilbo to be the 'greater harm' he would have done, and we can certainly see how paranoid and close to violence Bilbo comes when Gandalf pushes him to leave the Ring to Frodo, as he wished and promised to do until the moment came in which he had to do so (FR 1.i.34). Bilbo laid his hand on the hilt of his sword. Taking hold of a weapon in the middle of a heated argument is not what you'd call a subtle hint. It's a threat. (Trust me.) How much farther would Bilbo have gone if Gandalf had actually tried to take the Ring?

As for Frodo, who later does have the Ring taken from him by force, one may question whether his mind is broken by losing it in this way. Tom Shippey certainly does in J. R. R. Tolkien, Author of the Century (118), not without reason, but the Frodo who loses the Ring to Gollum is not the same Frodo as the one Gandalf is speaking to in The Shadow of the Past. He has changed in ways both good and bad in the meantime; and he is broken by losing the Ring, in spirit if not in mind, and even if this is not immediately clear: "'It is gone forever,' he said, 'and now all is dark and empty'" (RK 6.ix.1024).


But there is another aspect to seizing the Ring by force, whether that force is physical or not, which the story of Gollum and the words of Gandalf should make us consider. Gollum took the Ring by force from Déagol, claiming the Ring as his due because it was his birthday and committing murder to enforce his claim. His claim to the Ring wasn't even specious. He had 'no right to [take it] anyway'. The violence he does to his own mind and soul is perhaps greater than that which he does to poor Déagol's body. And when he seizes the Ring a second time, from Frodo in the Sammath Naur, he is twice described as 'like a mad thing' (RK 6.iii.946). This should give us pause. For not only would Bilbo have been harmed, had Gandalf taken the Ring taken from him by force, but committing such an act would have been harmful to Gandalf himself. If refraining from unnecessary violence was able to slow the effect of the Ring on Bilbo, not doing so, as the tale of Sméagol and Déagol indicates, only speeds that effect. So, whatever protection from the pull of the Ring Gandalf's motives might have afforded him would have been negated by the harm he would have done himself in harming Bilbo.

This should come as no surprise. The Ring was made specifically to enable its bearer to dominate the wills of others. To begin one's possession of the Ring with an act of domination, whether physical or spiritual, with good intent or ill, was to court one's own domination by the Ring. We might also find a pattern for Gandalf's wisdom in that of Elrond who, failing to persuade Isildur to cast the Ring into the fire 3,000 years earlier, made no attempt to take the Ring from him by force. He knew better. He knew that to do so was to fall. 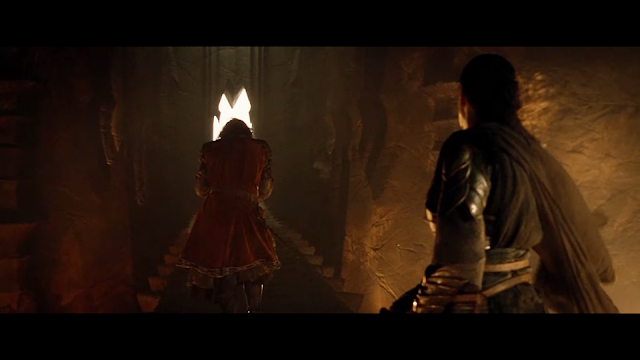 Review: The Ring and the Cross: Christianity and the Writings of J.R.R. Tolkien

The Ring and the Cross: Christianity and the Writings of J.R.R. Tolkien by Paul E. Kerry
My rating: 5 of 5 stars

An excellent collection of articles by scholars, who fairly and thoroughly assess the role played by Tolkien's Catholicism in his writings. The book begins with an excellent survey of the history of Christian approaches to The Lord of the Rings, which should be required reading for anyone interested in this question. After that the first section of the book addresses the pagan elements of Tolkien's legendarium and how they fit with the Christian elements. The second investigates how Tolkien's world is 'fundamentally Christian', as Tolkien himself put it, and specifically influenced by the Roman Catholicism which was so essential a part of his life.